This Ford Policy Union event features a debate on the policy of free trade, which is the elimination of import tariffs and other artificial barriers to international trade. January, 2013. 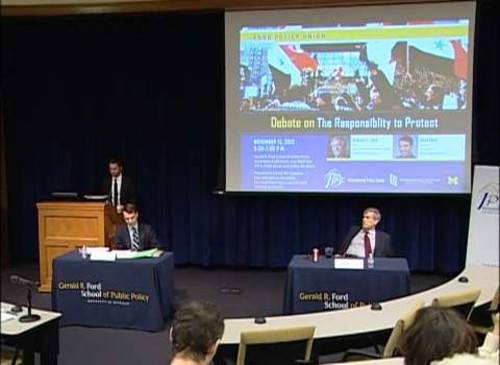