Robert Axelrod on "the blame game" for responding to cyber attacks

In a world where cyber attacks are both increasingly common and increasingly dangerous, deciding whether and how to respond to one is an estimable challenge for policymakers. Blame the perpetrator without launching a counterattack, some say, and you run the risk of looking weak and opening yourself to new threats. Launch a counterattack, and you run the risk of escalation.

For policymakers weighing these questions, and in the hopes of preventing future attacks, Bob Axelrod and colleagues offer a new theoretic framework: "the blame game." In it, they lay out the key considerations for policymakers trying to decide whether to suffer a cyber attack in silence or respond with a public accusation or counterattack.

» Read "Strategic aspects of cyber attack, attribution, and blame" in the Proceedings of the National Academy of Sciences.

Tamar Mitts on the surprising link between war and cooperation

In recent years, scholars have sought to better understand the legacy of war by speaking with survivors of violent conflicts all around the world. After analyzing data from 16 such studies—each exploring war's effect on prevailing social norms—Tamar Mitts and colleagues identify one common finding: That people and communities exposed to war violence are not, contrary to a prevalent view, doomed to lives without social capital, collective action, or trust.

"In case after case," they write, "people exposed to war violence tend to behave more cooperatively" in the aftermath. While this finding resonates with the rapid postwar recoveries made by many war-torn societies around the world, there is one important caveat, says Mitts. The pro-social behavior is largely limited to one's own social group. "Cooperating with one's in-group to the exclusion of out-groups can eventually lead to future cycles of conflict," warns Mitts.

» Read "Can war foster cooperation?" in the Journal of Economic Perspectives.

John Ciorciari on how nationalist protests can jeopardize international security

Through an in-depth review of four Southeast Asian case studies, John Ciorciari and Jessica Chen Weiss (Cornell) explore how different types of governments—an autocratic regime (Vietnam), an electoral authoritarian regime (Cambodia), a weakly institutionalized democracy (Thailand), and an established democracy (the Philippines)—have responded to nationalist protests, and how those responses have impacted interstate disputes. Among their findings: that "popular nationalism presents special risks to international security in states where governments have neither robust democratic legitimacy nor firm authoritarian control."

» Read "Nationalist protests, government responses, and the risk of escalation in interstate disputes" in Security Studies.

Jonathan Hanson on disrupting the resilience of authoritarian regimes

Authoritarian regimes hold elections for a variety of strategic reasons, says Hanson—to demonstrate ruling party dominance, to legitimize the party's claim to power, to build political networks, or to reveal information about opponents. Hanson offers a theoretical framework that connects different kinds of state capacities to these strategic motivations, offering guidance on how to measure them.

» Read "State capacity and the resilience of electoral authoritarianism: Conceptualizing and measuring the institutional underpinnings of autocratic power" in the International Political Science Review.

Read more about these "faculty findings," and many others, at fordschool.umich.edu/faculty-publications.

Below is a formatted version of this article from State & Hill, the magazine of the Ford School. View the entire Fall 2017 State & Hill. 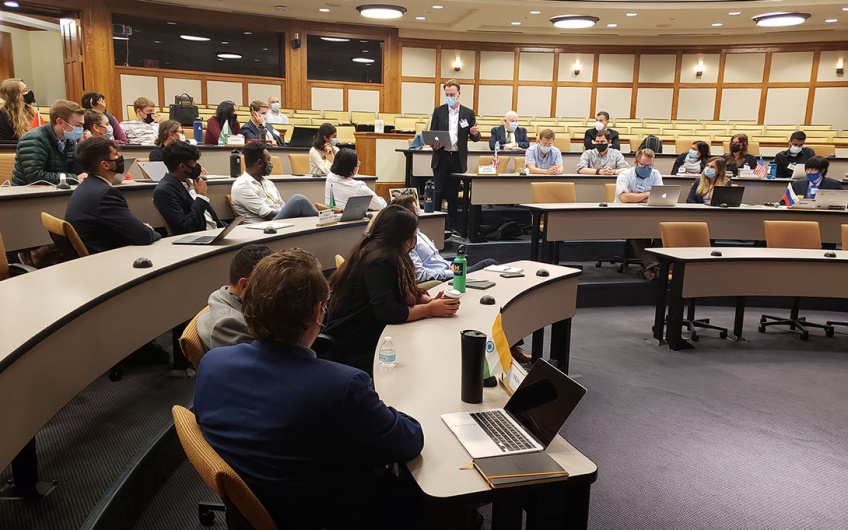